HomeUnlabelled Why do We Forget?

Why do We Forget? 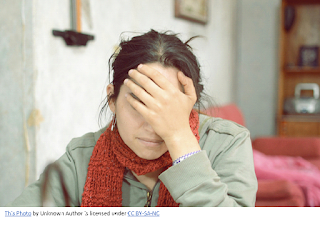 Have you ever wondered why we forget? Imagine that your brain is a big memory bank wherein you store all the things that you can possibly retrieve. However, it can be quite alarming to realize that you cannot remember names, dates, faces, and events that you wanted to carefully retain. Your brain is so complex that even the tiniest nerve can affect your pool of memories.

No one can remember everything. An essential part of the memory process is making decisions about what information is valuable to you and worth the effort to encode it. Is it really critical to spend energy encoding the name of a woman who occasionally teaches your exercise class when she is only an infrequent substitute? It might be better to choose to learn the name of your neighbor’s new baby. Most people feel very frustrated and even embarrassed when they have to say, “I’ve forgotten.” Rather than blame a faulty memory, consider instead that there are some good reasons for not remembering.

Forgetting occurs in many ways and undoubtedly for many reasons. One reason we forget is that we never stored the information we want to remember in the first place. Because we didn't pay enough attention to it, it was lost from our memory system in a matter of seconds. But even in cases where we seemingly have learned something quite well, we are sometimes unable to remember it later. Psychologists have advanced a number of reasons for this.

A poor memory is caused, then, by the memory trace not having much energy to begin with, by not being recharged or fading with the lapse of time, and by losing its energy to other memory traces. That is to say, the causes of forgetting may be grouped under the following headings: weak impression, disuse, interference and repression

The first cause of forgetting is not properly attending to what we wish to remember. The result is that the experience does not make a strong enough impression on us.

Attention is to the mind what the power of focusing the lens is to a camera. If the camera is not properly focused, the resulting photograph will not be clear. So a wobbly, vagrant mind does not get clear pictures and consequently finds it difficult to bring them back to memory.

Upon the clearness and truth of first impressions must depend the ease and speed of their reproduction. We cannot hope to recall past events or experiences with certainty if our perception of them is not clear and reliable.

The practical use of the law of attention is seen when we realize that it is the first step in all the higher mental processes. The art of memory is primarily the art of attention. We forget because we do not pay sufficient attention to what we wish to remember in order to imprint it firmly on the mind. A good memory, therefore, depends upon attention towhat is to be remembered. Since one cannot attend to more than one thing at once

The second cause of a faulty memory is letting the trace fall into disuse, or not repeating the experience in order to refresh the memory. It is normal to forget most of what is learned within a few days after learning it — unless it is constantly revised to keep it fresh in mind. For example, a man said: 'Whenever I read a book I grasp with ease what it contains, but unfortunately after only a few days I forget almost all of it. What can I do about this?' A memory trace tends to decay with the lapse of time. For example, another man admitted: 'I have a shocking memory. Whatever I study in the morning is forgotten by evening.'

Much of what we learn is forgotten almost as soon as we have learned it. The little that remains after that is forgotten more slowly. The psychologist Ebbinghaus, who carried out the most important early work on memory, found that after one hour 56 per cent ofthe material which he had studied was forgotten; but after nine hours only a further 8 per cent had been forgotten; after two days only a further 6 per cent, and only a further 7 percent after as long as one month. In other words, about 70 per cent of the amount which was forgotten in the first month was forgotten in the first hour of that month. Consequently, it is most economical to refresh our memory about something as soon as possible afterwards, rather than to wait until some time has elapsed.21 This principle is important not only in learning but in teaching,

especially in such forms of 'teaching' as propaganda, direct-mail advertising, etc. In other words, if a person reads a sales letter, he will give it his best attention at the time but in spite of this he is likely to forget most of it quite soon afterwards. The rate of forgetting, which is rapid in the first few hours, becomes less rapid later on.