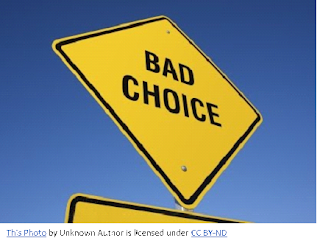 Knowing a word meaning  is not guarantee that we can use it correctly. It always happens  when we used a word  based on meaning,  it produces error. so the best way to learn a new word is by looking at the native speaker use it. So when  you check up the dictionary, pay attention to example of using the words. Here some words that incorrectly used (*)/confused.

One man is able to destroy the whole world* .
One man is capable of destroying the whole world.
If someone is able to do something, they can do it and it is not unusual or surprising if they do it: 'The doctor said that after a few days I'd be able to get out of bed.' 'Will you be able to play on Saturday?'
If someone is capable of (doing) something, they do not usually do it, but it is possible for them to do it if they want to: 'I'm sure he's quite capable of getting here on time, but he can't be bothered.' 'The power station is capable of generating enough electricity for the whole region.'
People are able to do things, but things are not able to be done.

To accomplish world unity, we need peace.*
To achieve world unity, we need peace.
When you accomplish something, you manage to do it or complete it, especially something that gives you satisfaction: 'She felt that she could accomplish more through journalism.' 'During his five years as President, he accomplished very little.'
When you achieve something, you manage to do or obtain what you have planned to do or obtain, especially after a lot of effort: 'The company intends to achieve all these goals within the next five years.' 'By the age of twenty, she had already achieved her ambition.'
Note that achieve is also used to mean 'accomplish': 'By the end of the course, you will feel that you've really achieved something.'

I cannot give you the accurate date of my arrival yet.*
I cannot give you the exact date of my arrival yet.
Accurate is mainly used (1) to describe something said or written that contains no errors: 'Her novels are always historically accurate.' 'These figures can't be accurate, surely.' (2) to describe something that produces no errors: 'Are you sure the bathroom scales are accurate?'
When you mean 'correct and as detailed as possible', use exact: 'The exact time is three minutes to seven.' 'Do you remember his exact words?' 'They'll be arriving next week - on Friday at three, to be exact.'

I am interested in the way people act towards each other.*
I am interested in the way people behave towards each other.
When you are talking about what someone does on a particular occasion, act and behave are interchangeable: 'Passengers who left the flight in Rhodes said that they had seen two men acting/behaving very suspiciously.'
When you are talking generally about what someone does or what people do, use behave: 'You can't expect all babies to behave the same.' 'From the way he behaves, anyone would think that he doesn't get paid.'

We'd like to know more about the actual crisis..*
We'd like to know more about the present crisis.
actual = real (as opposed what is believed, planned or expected): 'People think he is over fifty but his actual age is forty-eight.' 'Although buses are supposed to run every fifteen minutes, the actual waiting time can be up to an hour.' present/current = happening or existing now: 'No one can drive that car in its present condition.' 'Her current boyfriend works for Shell.'

It's time I gave you your photographs again.*
It's time I gave you your photographs back.
If you give something to the person who gave it to you, you give it back to them. When you mean 'to the person who had it before', 'to the place where something was before' etc, use back (NOT again): 'He took the camera back to the shop and asked for his money back.' 'Shall I put these books back on the shelf?'

He spent all the journey talking about accidents.*
I He spent the whole journey talking about accidents.
Before the singular form of a countable noun we usually use whole or entire: 'We spent the whole lesson singing songs.' 'The entire document will have to be  rewritten.' Note that sometimes both all and whole/entire are possible: 'It rained the whole/all the afternoon.' In these cases, whole/entire provides greater emphasis and often expresses a feeling of surprise, disappointment, satisfaction etc: 'I read the whole book in just two evenings.'

The main purpose of the visit is to develop a closer relationship among the             two countries.*

I always feel anxious when I have to make a speech .*
I always feel nervous when I have to make a speech.
anxious = worried because you fear that something bad may happen or may have happened: 'Their daughter hadn't come home from school and they were anxious about her safety.' 'I knew it was just a minor operation, but I couldn't help feeling anxious.'
nervous = worried because you are in or about to enter a stressful situation: 'I was so nervous about the exam that I couldn't sleep.' 'It was our first television appearance and we were all feeling nervous.'

From a biological aspect, the two plants are very similar.*
From a biological point of view, the two plants are very similar.
aspect = one of the parts or features of a situation, idea, problem, etc: 'Modern technology affects all aspects of our daily lives: 'The book concentrates on the cruel aspects of war.'
point of view = a particular way of looking at a situation, event, problem, etc: 'From a vegetarian's point of view, these new controls on meat preparation are of little interest: 'What does the process of getting old mean from a medical point of view?' 'I wish you'd try and see things from my point of view for a change.'

He put his hand over my mouth to avoid me to screaming.*
He put his hand over my mouth to prevent me from  screaming.
avoid (doing) sth = be careful not to do something: 'The best way to lose weight is to avoid eating fatty foods.' 'These drugs are dangerous and should be avoided.' 'Try to avoid subjects that can cause offence.'
prevent sb/sth (from doing sth) = stop someone or something from doing something; stop something from happening: 'The wall is supposed to prevent dogs from getting into the garden.' 'It is hoped that the new speed limit will help to prevent accidents.'