CRITICAL THINKING: It's Soul and Importance 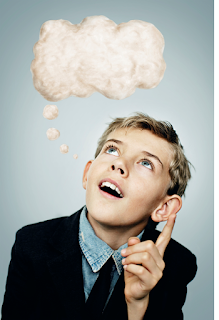 Critical   thinking is reasonable, reflective thinking that is aimed at deciding what to believe or what to do (Rober t Ennis, 1987). The detailed explanation is as follow

1.    Deciding what to believe

Critical  thinking is valuable for two main reasons. First, thinking critically increases our chances of gaining knowledge, and knowledge is valuable. Second, thinking critically is essential to making up one's own mind about what to believe or what to do, which is essential to being autonomous, and being autonomous is valuable.We have seen that critical thinking is thinking that is aimed at deciding what to believe or to do. But ideally we want more than just to have an opinion about the facts; we want to know what they are. So critical thinking is really aimed at knowledge. Facts will be a knowledge unless it is true. Unfortunately  true facts is not enough to become our knowledge,  we  must believe the true facts. The last step to make facts to be knowledge is justification. To say that a belief is justified is to say that it is based or grounded in good reasons, that the believer has adequate or satisfactory reason to hold or to sustain her belief.

Critical thinking is important not only for knowledge but also for autonomy. Thinking critically is essential to making up one's own mind, and this is fundamental to being an autonomous person. By critical thinking you will have  the power the power to determine one' s self, to decide on one's own what to do or what to believe, what kind of life to live. Because critical thinking demands reasons and requires us tobe reflective as we decide what to believe and what to do, thinking critically is crucial to exercising our ability to determine our own minds,

Hunter, David A. 2014. A Practical Guide to Critical Thinking: Deciding What to Do and Believe, Second Edition A JOHN WILEY & SONS, INC., PUBLICATION